While previous GOP debates have been highlighted by insults and crude comments from Donald Trump, Thursday’s debate proved to be a more subdued event as the frontrunner called for unity within the Republican Party. In his opening statement, Trump noted the record turnout of voters thus far in the GOP primaries, calling it one of […] 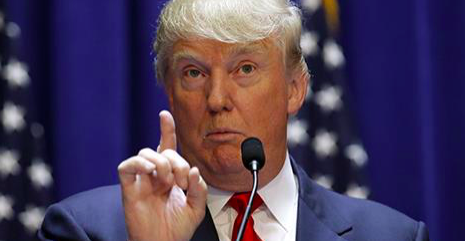 Current primary results have reportedly led GOP leaders to consider a contested convention if Donald Trump falls short of the 1,237 delegates needed to qualify for the nomination. According to a report from the Washington Post, recent gatherings of the Republican Governors Association, and various conservative financiers, have led to the “consensus that Trump is […]

After he was criticized for saying that he could force the United States military to break the current law banning torture methods like waterboarding, Donald Trump backtracked his comments, and said instead that he would like to change the laws to include waterboarding “at a minimum.” Trump has been vocal in the past on the […] 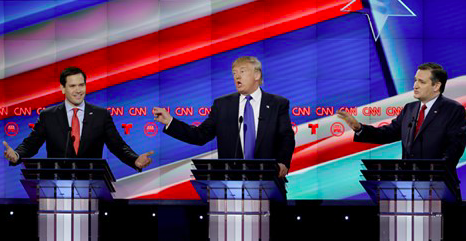 The remaining five GOP presidential candidates participated in a debate hosted by CNN and Telemundo Thursday night, and they were questioned on their positions regarding the current conflict between Apple and the FBI. Apple CEO Tim Cook brought the issue to light last week when he released a letter to Apple customers notifying them that […] 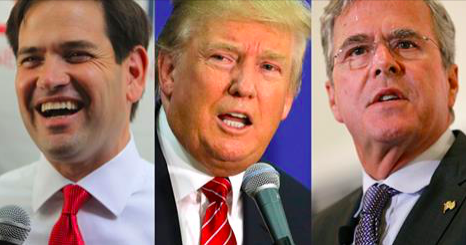 Seven of the remaining GOP candidates participated in a debate hosted by ABC News in Manchester, New Hampshire, Saturday, and when asked about waterboarding and other methods of torture used by the CIA, several candidates voiced their support. The topic came up when moderator David Muir noted a comment Texas Sen. Ted Cruz made in […]